« An Estate Plan is About People, Not Just Things | Main | Estate Planning Scams for Seniors: Be Warned! » 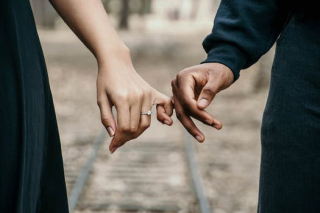 Second marriages have been called a triumph of hope over experience. Those entering marriage for the second time need to make decisions that they may not have thought twice about the first time around.

Estate planning for second and subsequent marriages takes a good deal of balancing, as couples decide how they want to distribute their assets to children and new spouse. A thoughtful article from nj.com “When you have kids, who should get inheritance from second marriage?” explores some of the larger issues.

Each situation is different, with dynamics ranging from smooth Brady Bunch blends to antagonistic behavior that extends for years. If the surviving husband leaves all of his assets to his new wife, and nothing for his children, it is very likely that family discord will ensue.  However, even if a new wife created a will that gave her husband everything with the understanding that he would make sure to give all or some of her assets to her children from her first marriage, there’s no guarantee that will happen.  If one of the partners should marry a third time, then the heirs could end up being children from that marriage.

When planning for spouses in a second marriage situation, many options are available to protect the surviving spouse and the desired remainder beneficiary children.  For step-children, especially when one or both spouses are wealthy, a prenuptial agreement is the best way to protect each spouse's assets from the beginning.  If you find yourself already married without a prenuptial agreement, each spouse needs to communicate plainly with the other spouse to let them know how they believe assets should be distributed in any given situation.

Some couples choose to have a mandatory split of their assets at the first spouses passing.  This structure ensures that half of the assets are placed in a trust where the remainder beneficiaries are named by the spouses during their joint life times, and those named beneficiaries are to remain unchangeable by the surviving spouse.  This half of the trust assets can go directly to the children at the first spouses passing, or it can be used for the benefit of the surviving spouse during their life time, and then be distributed to the children at the survivors passing.  During the survivor's lifetime they are entitle to distributions based on their health, education, maintenance and support needs.

Other couples choose to plan independently by means of separate trusts so they are each in total control of their assets, and they don't need to worry about any share going to a future second spouse or their step children.  Other couples choose to make a binding contract between themselves where they promise not to change the beneficiaries named in the trust after the passing of the first spouse, and name those children as interested parties to that contact to enforce is should a future spouse ever enter the picture.

Speaking with an estate planning attorney  at the Soto Law Firm, will help clarify both spouse's goals as to how they think their assets should be distributed. Doing so may raise sensitive issues, but this is better addressed before one spouse passes and not after children threaten a lawsuit against the surviving spouse.  Start the process to get your estate plan in place by contacting the Soto Law Firm today to schedule your appointment with an estate planning attorney .

Reference: nj.com (September 6, 2018) “When you have kids, who should get inheritance from second marriage?”

The comments to this entry are closed. 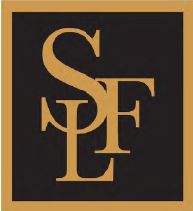